An opportunity to purchase a very modern and tastefully designed traditional finca. This finca really has it all, while located in a rural it is only a 3 minute drive or a 25 minute walk to the very popular town of Sax where you will find an abundance of shops, bars, supermarkets, national park and the beautiful Sax castle.

There are fantastic transportation links in Sax and close by Villena (15 minutes away) allowing easy access all over Spain which a rarity in inland Spain.

As you enter the property there is a large open plan living/dining area with a top of the range pellet burner that has been measured and designed to heat the whole finca up on those chilly evenings. Off the lounge/dining area is a beautifully fitted kitchen with high quality fixtures and fittings and a very good-sized utility room. Through the arch into the hall you have 3 large double bedrooms and a family bathroom, the master bedroom has an en-suite.

The current owners have refurbished this finca to a very high standard with no expense spared. Everything internal has been replaced recently including doors, flooring, pellet burner, boiler, white goods, kitchen appliances, all fitted wardrobes, osmosis has been fitted for drinking water.

Outside you have 360-degree mountain views and 4 areas for BBQ/alfresco dining under the stars. There is a large pool area with all important gazebo covered area for shade and storage for garden furniture.

On the upper terrace there is another large covered dining area for entertaining and a brick-built outbuilding that could be used in a number of ways i.e. outside toilet, craft room or a man cave. There is also a large carport/shed.

The owners have planted many trees, shrubs and plants all around the house, and there is lots of land to plant many more palms, fruit trees even room for allotments and poly tunnel. This land has so much potential to put your very own stamp on.

Sax is located in the Costa Blanca, in the Alicante district between Valencia and Murcia. Sax is located to the north and west of Alicante and the south of Denia and Benidorm. You can reach Sax by using the A-31 road which comes all the way from Alicante. You can fly into the province of Alicante through one of three different airports. There is Alicante airport which is located just outside the city of Elche. You can also fly in to the province of Murcia through San Javier Murcia airport. Finally, if you want to come from the north, there is an airport in Valencia…Valencia Airport.

What to see in Sax

Sax is a fascinating city with some interesting buildings. Some of the interesting places that you should visit are in the old quarter. This shows its clear Arabic origins. These streets actually hug against the rock and adapt themselves to the contour lines. Also, there is the Colonia Santa Eulalia which is an agricultural colony that was built during the last 10 years of the 19th century. It is planted with olives, almonds, and vines.

The castle really stands out over the town, it sits at 500 meters and overlooks the village and the river Vinalopo. It is a rectangle castle with a square tower of brick wall and is from the Almohad period. Also there is the Ermita de San Blas which is located in the town square, la Plaza San Blas. It is the historic centre of the town and now houses the statue of the patron saint of the town St Blaise. It was the parish church of Sax during the Middle Ages. Also you should see the church of Our Lady of the Assumption. This church was built during the 16th century. It is one of the finest examples of the Catalan influenced single nave church. It was reformed and expanded in 1787. During the reform of the church, the side chapels were removed which enlarged the sanctuary and the extension consisted of a new vault. Despite the sobriety and simplicity of the design, the church still offers a magnificent and majestic air.

Another place to look back in history is at the Tower, El Torre, which goes back to the time of the Romans. Also, you should visit the Pocico de la Nieve which is a very interesting place. It is situated on the northern flank of the cliff behind the castle and it is a building which is built of brick and mortar and circular in shape. This is basically a snow pit which has been reconstructed since 1970 by the city of Sax. Experts say that they date this structure to the 13th century and it was built in order to supply ice to the locals with ice. The depth of the pit is between 10 and 15 meters and snow was obviously stored here during the winter time until summer arrived. Ice was then supplied to cool down drinks, as a treatment for fevers, or to keep food fresh. The ice was also exported to the nearby city of Alicante. You can find these snow pit over the region and many of them were in operation well into the 19th century. It is only when the technology was advanced enough that ice was being manufactured on an industrial scale that these snow pits were no longer of any use.

There are some good sites here apart from the ones that were made by man. The forests of El Plano have well over 1 million pine trees, and there is also the Sierra de la Cabrera which reaches a height of almost 900 meters. From the top of this mountain you get a great vantage point over the whole valley. There are many unique landscapes in the area which complements the historic allure. If you’re into hiking, there are plenty of trails and roads which are ideal. There is also areas for cycling, climbing, paragliding, and either ultra light flying or hang gliding.

The nearest golf course to Sax is Alenda golf club which is approximately 15 km away. If you’re in the mood to shop, the nearest shopping districts can be found in Elda or Petrer. There is also a market which is held twice a week on both Wednesday and Saturday.

The Moors and Christians festival is held in Sax during the first week of February. It has really evolved since the early 1940s from a mere religious celebration into a festival that lasts for a full five days. Other festivals include the pilgrimage of San Pancrazio, the festival to celebrate the virgin of the Assumption and the Virgen de los Frutos, the Kings parade, and of course the festivals and parades that celebrate Easter.

Not Furnished - By Negotiation 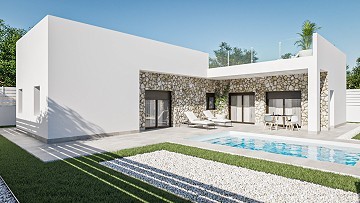 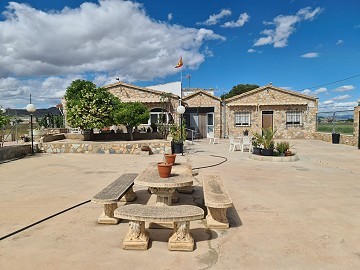